It’s just about that time of year to grab a towel and head for the pool or beach. But before we get into the best beach reads for summer, there are some fantastic books blossoming this spring. Check out our fantastic SheKnows spring book guide — featuring five fabulous reads now out in paperback (plus one bonus pick from one of our favorite authors). 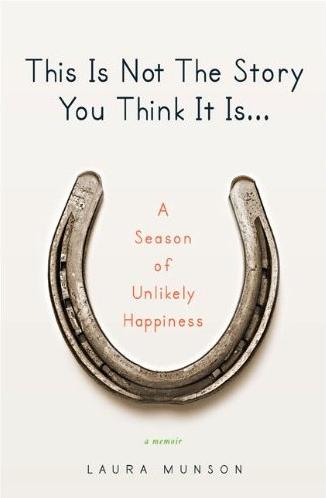 Laura Munson could have screamed, cried, begged or ran when her husband of twenty years said, “I don’t love you anymore. I’m not sure I ever did.” Instead, she replied simply, “I don’t buy it.” Thus began a journey of empowerment, transformation, personal responsibility and happiness. Regardless of the scenario, this harrowing story about facing things positively and having faith in yourself will change how you confront adversity.

Poignant, wise and often exceedingly funny, This Is Not the Story You Think It Is recounts Laura’s journey. Shaken to her core after the death of her beloved father, after seeking guidance and solace in stacks of books and hours of therapy, Laura finally realized she had to stop basing her happiness on things outside of her control. And once she had this key piece of wisdom, she realized she could withstand almost anything.

The Raising by Laura Kasischke

College seems to be a sect of society that seems too often untouched in literature, but it is the focal point in this intensely haunting new book. The Raising is part Stephen King and part Donna Tartt, but stands on its own as a story you won’t soon forget. 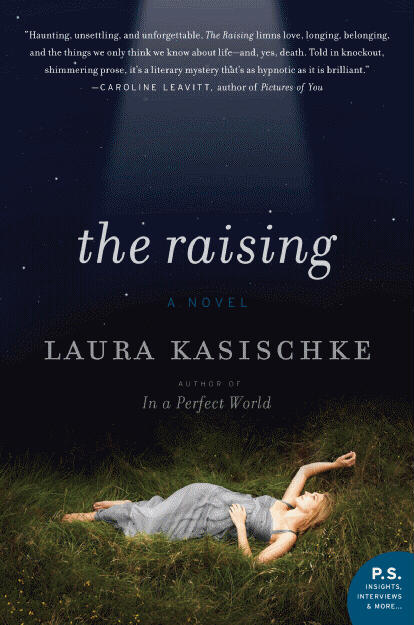 Last year, Godwin Honors Hall was draped in black. The university was mourning the loss of one of its own: Nicole Werner, a blond, beautiful, straight-A sorority sister tragically killed in a car accident that left her boyfriend, who was driving, remarkably — some say suspiciously — unscathed.

Although a year has passed, as winter begins and the nights darken, obsession with Nicole and her life reignites: She was so pretty. So sweet-tempered. So innocent. Too young to die.

Because rumor has it that she’s back. 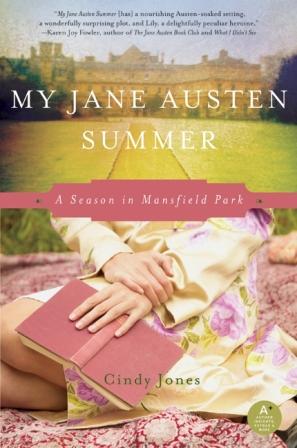 Whether you are a Jane Austen super fan or a hopeless romantic, Cindy Jones’ debut novel will sweep you off your feet. This book captures a setting Austen fans will flip for and takes readers on an enchanting and enjoyable journey through the summer that changed one woman’s life forever.

Lily had existed in mediocre relationships for as long as she could remember; just waiting for something to blossom into the Jane Austen novels she loves. When her friend invites her to spend a summer in England at a Jane Austen literary festival, she thinks she has found the way out of her life and into a fairytale. Lily finds herself feeling right at home amongst people whose desire to live through novels equals her own. However, she discovers that reality is impossible to escape even when surrounded by fiction. 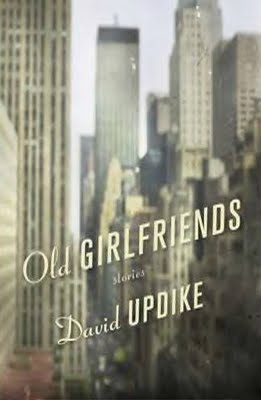 David Updike, son of legendary novelist John Updike, is releasing a new collection of short stories. Old Girlfriends consists of ten stories that dive into the complexities of love. With subtlety and accuracy, Updike delves into the one subject that touches us all, for better or worse.

From a father’s painful realization his son has discovered the dark heart of racism still beats to a quiet love affair that needs an audience to bloom; from the bumbling of a professor who unwittingly falls for one of his students to the wistful memories of a bittersweet affair tinged in regret, Updike portrays the intricacies of loving someone with candor.

This collection is filled with satisfying quick reads that impact your heart and mind.

The Baby Planner by Josie Brown

You have heard of wedding planners and event coordinators, but only the elite professionals get the added bonus of having a baby planner. Prepping preschool applications, purchasing the perfect stroller and lining up ideal playgroups are just a fraction of Katie Johnson’s job. Acting as a friend, therapist and referee, Katie deals with every issue an anxious, expecting mommy can throw at her.

However, the parenting problems of others are not her only concern. She longs for a baby of her own, but her husband Alex seems reluctant at best. When she takes on single dad Seth Harris as a client, she begins to discover that the best things in life can’t be planned. 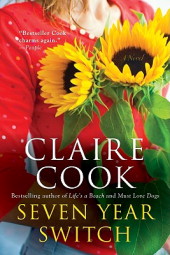 As an added bonus to our spring paperback picks, we couldn’t resist mentioning the paperback release of Claire Cook’s book, The Seven Year Switch. Beloved women’s fiction author and master of the beach read (and one of our favorite authors!), how could we leave her off this list? If you didn’t get a chance to scoop up this great read as a hardcover, now is your chance with the paperback.

Just when Jill Murray’s finally figured out how to manage on her own, her ex-husband proves that he can’t even run away reliably. After seven long years missing in action, he’s back — crashing into the man-free existence Jill and her ten-year-old daughter have built so carefully. And what’s a good mother to do? To a child, even a deadbeat dad is better than no dad at all.

Jill’s life just hasn’t turned out quite the way she planned. By now, she’d hoped to be jetting around the world as a high-end cultural coach. Instead, she’s answering phones for a local travel agency and teaching cooking classes at the community center.