Mariska Hargitay and husband Peter Hermann are discovering first-hand the joys of adoption. The couple recently adopted a baby girl and couldn’t be more excited about her arrival! Welcome to the world, Amaya Josephine! 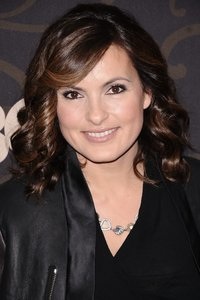 Mariska Hargitay is leveling the playing field in her house with a new baby daughter. People magazine is confirming that Mariska Hargitay and husband Peter Hermann have adopted a baby girl. Amaya Josephine was reportedly born outside the U.S. about a week ago.

The 47-year-old Law & Order: SVU actress couldn’t be more thrilled about the couple’s new addition and reveals she’s already in awe of her new bundle of joy.

“I’m deliriously happy,” Mariska Hargitay told People. “From the minute she was born, she was just surprisingly alert and so full of love.”

Mariska Hargitay opened up to the magazine about her and Peter Hermann’s decision to adopt outside the United States. “We were considering both international and domestic adoption and we’re thrilled that this is the way our prayers were answered,” she gushed.

Hargitay added in regards to her growing family, “We talked a lot about mixed-race adoptions, and we are very excited that we are now a multi-racial family. We’re just so happy she’s here.”

Baby girl Amaya Josephine joins the couple’s four-year-old son August who was on board with a new sister from the beginning.

“He is over the moon,” she revealed. “He calls her his baby because he says the whole thing was his idea. He always talks about how he’s going to protect her. He’s going to be a great big brother.”

Congratulations go out to Mariska Hargitay and Peter Hermann on the adoption of Amaya Josephine. August will no doubt be a terrific big brother!