Prince William and Kate Middleton are breaking records with their upcoming royal wedding. What records should they be breaking?

Prince William and Kate Middleton are poised to add their names to the Guinness Book of World Records when they wed later this month. Oddly enough, the main record the couple will break was set by Wills’ parents: Prince Charles and Princess Diana. 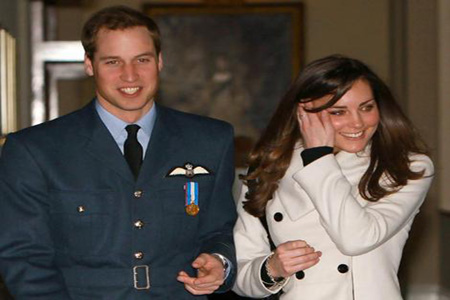 What record are they expected to break? Biggest television audience for a wedding — Charles and Diana attracted 750 million viewers in 74 countries when they wed in 1981. Some expect the audience for Prince William and Middleton’s wedding to surpass one billion. That’s right, one-sixth of the world is expected to catch the royal wedding in some form, whether that’s on television or online.

That’s all well and good — but there are a few other records we’d like to see their names next to:

Best sheer dress model: Middleton first caught Prince William’s eye when she donned a sheer dress during a 2002 fashion show. The dress just sold for over $125K at auction — not bad for a dress that cost less than $50 to make.

Highest asking price for wedding photos: Prime photographer locations outside of Westminster Abbey and Buckingham Palace are selling for upwards of $90,000 each! That’s not even counting how much Prince William and Middleton will get for their official wedding photos. It’s good to be royalty.

What world records would you like to see Prince William and Kate Middleton break?