Monsters University has been pushed to 2013. What, no Sulley and Mike next year? We’ll let you know why.

Related story 5 Ways The Conners Is Different From Roseanne

Monsters, Inc. is one of my favorite films of all time, so it is with great sadness that I report that the promised prequel Monsters University, starring John Goodman and Billy Crystal, ?has been moved from November 12, 2012 to June 21, 2013. Oh, Mike and Sulley, say it ain’t so! Especially since this film will be released in 3D. Now, I’m not normally a fan of 3D, but if any film was meant for it, it was this one. Do you remember the scene with the doors? If there is anything like that in the prequel, it’s screaming for the third dimension. 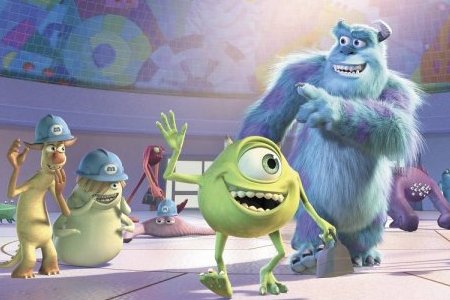 So why is this happening?

Well, another Pixar film called Reboot Ralph is ahead of schedule. And since it’s the story of an obscure video game character, I’m mollified. Reboot Ralph has been moved from March 22?, 2013 to November 12, 2012. That one will be in 3D as well.

Disney distribution executive Chuck Viane had this to say, “With the tremendous summer successes Pixar has had, it’s the perfect window for Monsters University?. At the same time, we’re thrilled that our momentum on Reboot Ralph will allow us to get the film to audiences much sooner than expected.”

So what do you guys think? Are you sad about Mike and Sulley’s delay? Are you excited to meet Ralph? Let us know below.