Britney Spears’ album Femme Fatale lands at number one on the Billboard 200 chart, making the artist number three for most number ones among women.

The new Britney Spears album Femme Fatale landed at number one on the Billboard 200 chart, making it her sixth album to rock the top of the charts! Six of the seven albums Spears has dropped made it to number one! Her 2007 Blackout album was the only one that missed the mark at number two. 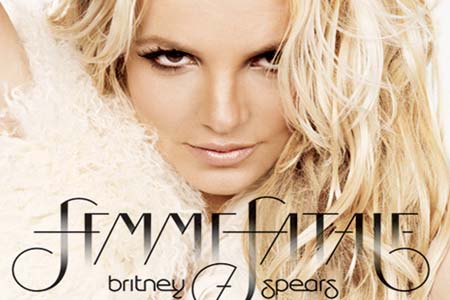 According to Nielsen SoundScan, Femme Fatale sold 276,000 copies in its first week. The honor puts Britney Spears in good company. This ties her with the likes of Mariah Carey and Janet Jackson for the third most number ones among women. Barbra Streisand holds the number one spot with a whopping nine.

While Femme Fatale is doing fantastic on the charts, it didn’t start as strong as her former 2008 hit, Circus, which debuted at number one with 506,000 copies sold. Some believe the beginning success of Circus was linked to a belief that it was a comeback for Britney Spears, giving it more buzz than Femme Fatale.

Either way you look at it, Britney Spears is killing it with her Femme Fatale album and soon she’ll have a summer tour to add to her recent success. She’s been everywhere from Las Vegas to Jimmy Kimmel, giving fans the Britney Spears treatment and we can’t wait to see what she does next.

Did you purchase Femme Fatale? Tell us what you think of Britney Spears’ latest hit.