Will Meredith Vieira leave her role as co-anchor on Today when her contract comes up in September? Read on to find out what a few sources are saying. 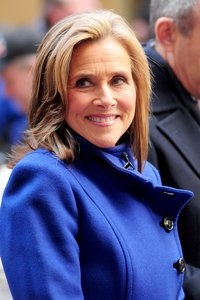 Strong women in the media like Oprah Winfrey and Katie Couric seem to be making major moves in their fields recently and Today’s Meredith Vieira might be adding her name to that list.

A source is telling TV Guide that Meredith Vieira will likely exit Today once her $1 million contract is up in September.

The Hollywood Reporter is also buzzing with sources who claim the 57-year-old anchor will leave her post. The rumblings are alleging that Meredith Vieira has grown a bit tired of her schedule and would like to spend quality time with her husband Richard Cohen, who has multiple sclerosis.

Back in October, Vieira told Ladies Home Journal, “I’ll know when it’s time to go, and I’m not afraid.”

She added, “If I were to leave Today at the end of next year because it’s time for me, I wouldn’t jump to another show. I would look forward to not working, to traveling with Richard and carving out time for us.”

With the possibility of Meredith Vieira leaving Today, news anchor Ann Curry is a strong choice to join Matt Lauer as co-anchor.

Who else is in the early running to take Meredith Vieira’s position should she leave? The Hollywood Reporter is saying Natalie Morales, Washington correspondent Savannah Guthrie and CNBC’s Erin Burnett are also being considered.

This is just early buzz, but who do you think would be a good choice to replace Meredith Vieira on Today?