Charlie Sheen’s My Violent Torpedo of Truth tour rolled into Cleveland, continuing the applause he managed to garner from his Chicago audience. 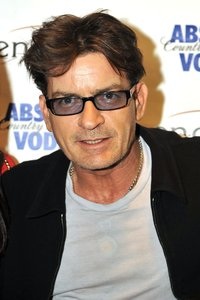 The people of Detroit clearly must have seen a different show when they showed up for Sheen’s My Violent Torpedo of Truth tour, because Cleveland felt the same love for Sheen as Chicago did.

Charlie Sheen greeted his Cleveland fans for the Ohio leg of the tour decked out in an Indians jersey, proclaiming he’s still up for some Major League 3 action! According to The Hollywood Reporter, his declaration of wanting to bring filming directly to the fine city was enough to hook the fans and the show just rolled on from there.

The Cleveland audience was completely into Charlie Sheen’s act as he casually talked about his desire to return to the CBS sitcom Two and a Half Men. He even mentioned he’d be willing to make amends with former boss and Two and a Half Men creator Chuck Lorre. Okay, he did follow it up by saying his acting skills are stellar enough to fake it. Gotta love that Sheen!

He even took a few shots at LeBron James, the NBA player who jumped ship from Cleveland to the Miami Heat last year. What did he say? Well, let’s just say he compared his ex-wives to the NBA star’s famous team-jumping.

So far Charlie Sheen was booed in Detroit, switched up the show for Chicago and got a standing ovation, which he carried on to his third show in Cleveland. We think Sheen might have found a winner with this tweaked format. Sorry, Detroit, someone had to be the test run on the My Violent Torpedo of Truth tour.