Ashley Judd is a beloved actress, daughter and sister to the famous country group The Judds and most recently, a global advocate and humanitarian. In her memoir, All That Is Bitter and Sweet, we are exposed to her secret life of abuse, debilitating depression, recovery and hope. 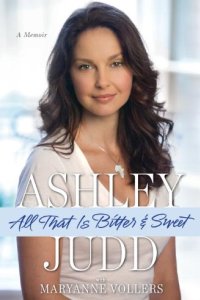 All That Is Bitter and Sweet

Ashley Judd is an award-winning film and stage actor known for her roles in both box-office hits and art-house gems, and the daughter and sister of country-music royalty. In 2002, drawing on a deep well of empathy, she found her true calling: As a humanitarian and advocate for those suffering in neglected parts of the world.

Asked why she was opting out of a successful career, walking away while she was one of the highest-paid women in Hollywood, Ashley herself could not provide an answer. She simply knew that after her first trip to the notorious brothels, slums, and hospices of southeast Asia, her own life depended on advocating on behalf of the vulnerable. Promising each new sister, “I will never forget you,” Ashley began writing extraordinary diaries — on which this memoir is based — expanding her capacity to relate to, and to share with a global audience, stories of survival and resilience.

Along the way, Ashley Judd realized that the coping strategies she had developed to deal with her own emotional pain, stemming from childhood abandonment, were no longer working. Seeking in-patient treatment in 2006 for the grief that had nearly destroyed her life, Judd found not only her own recovery and an enriched faith but an expanded kit of spiritual tools that energized and advanced her feminist social justice work.

Now, in this deeply moving and unforgettable memoir, Ashley Judd describes her odyssey, as a left-behind lost child attains international prominence as a fiercely dedicated advocate. Her story ranges from anger to forgiveness, isolation to interdependence, depression to activism. In telling it, she resoundingly answers the ineffable question about the relationship between healing oneself and service to others.