Famous teen mom Jamie Lynn Spears had to grow up early to raise Maddie, but now, it’s official: Britney’s little sis Jamie Lynn is 20 today! Jamie Lynn and Maddie celebrated the big birthday with a dress-up session, but is mom also preparing for a comeback? 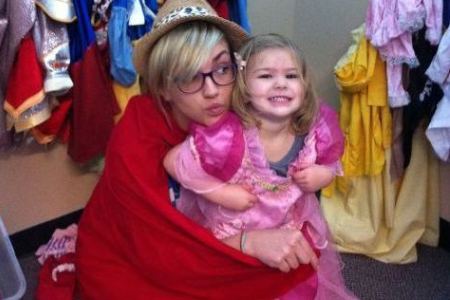 Jamie Lynn Spears celebrated her big day with her fave toddler, Maddie Briann Aldridge, and posted a photo of their dress-up session on Saturday, asking, “What else do you do on your 20th birthday weekend?”

Motherhood and life outside the spotlight seem to be treating Jamie Lynn well, but now that she and her baby girl are growing up, SheKnows suspects there’s a professional comeback in the works.

Back in 2007, Spears looked poised to follow in her big sis Britney’s dance steps. Just as Britney Spears turned her Disney start into mega stardom, Jamie Lynn was hoping to ride her Nickelodeon gig into adulthood.

Her plans took a turn, however, when the 16-year-old got pregnant with Maddie, born June 19, 2008, and became embroiled in controversy. Spears’ show Zoey 101 wasn’t renewed and she retired from the Hollywood scene to raise her daughter with baby daddy Casey Aldridge in Kentwood, Louisiana. The pair moved in together and even got engaged, but ultimately split up last year.

These days, Jamie Lynn’s website features an artsy, animated image of a winged Jamie Lynn on a road map, with links to her social network pages and her managers. A sign says, “Entering Nashville City Limits” and according to her Twitter feed, that’s where she’s been clocking in for “work.”

The other sign on the page is, of course, Kentwood, which Spears calls home. The actress-singer turned teen mom seems to be splitting her time these days and rumor has it, that “work” is a country pop album.

SheKnows wishes Mama Spears a happy 20th birthday and good luck with that comeback. Of course, if she’s anything like her comeback queen big sis Britney Spears, she won’t need it!