Taylor Swift took home Entertainer of the Year at the ACMs but Miranda Lambert won the most awards. What gives? 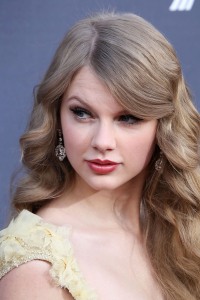 Miranda Lambert led the ACM nominations list and she dominated the awards themselves, winning Top Female Vocalist, Single Record of the Year, Song of the Year and Video of the Year for The House That Built Me. She’s clearly one of our top country talents. But guess who took home the trophy for Entertainer of the Year? Taylor Swift, that’s who.

The young singer was beside herself when she took the top prize, hugging competitors Lambert and Brad Paisley. “This is the first time I ever won this and I’m just losing my mind!” she said. Her album, Speak Now, sold a million copies in its first week alone. Lambert was also up for the award. The Internet was abuzz with speculation on how the lady who took home the most prizes at the Academy of Country Music Awards wasn’t Entertainer of the Year.

It’s not really all that shocking. This particular award usually honors the singer who’s had the biggest tour during the year. It’s also voted on by fans, unlike the rest of the awards, which are picked by the members of the Academy of Country Music. Considering the strong social media presence Swift has, it was almost a lock for her. And really, they both win out. Lambert was honored by her peers, Swift by her fans — an embarrassment of riches. Congratulations to them both.