Britney Spears is pulling out all the stops to promote her new album Femme Fatale in a way she hasn’t since the midst of her breakdown — with an in-depth interview, an MTV special airing Sunday night. 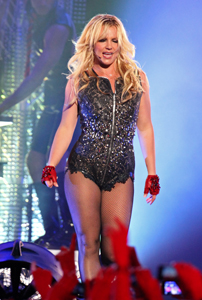 The last sit-down Britney Spears did was a complete disaster: She arranged it without the help of a handler and let the public see her at her white trash best with Matt Lauer — all just months before she shaved her head and lost her mind in the Kevin Federline breakup era.

But now Britney is back, right? And after a Circus of a tour last year, she wants her current album, Femme Fatale, to be all about the fans — and that means giving us more insight into Britney at 30.

The MTV special Britney Spears: I Am the Femme Fatale takes us behind the scenes as she makes the album, performs in Vegas and preps for her upcoming summer tour.

This is a woman we’ve been watching for literally 15 years — since she was barely in high school. Now she’s a grown woman, the divorced mother of two children, and still releasing heavy dance albums. Although not exactly critically acclaimed, Britney still has enough celebrity status to collect the ticket sales necessary to keep her team in the lavish lifestyle to which they’ve become accustomed — and that’s not necessarily a bad thing according to her.

When MTV’s Sway asked if when she was younger she thought she’d still be doing this at 30, Britney said, “I think I hoped I would be, because I genuinely love what I do.”