Emily Deschanel is gearing up for diaper duty. The actress, who is married to David Hornsby, is pregnant with her first child. 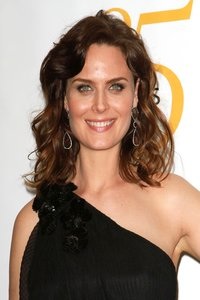 Emily Deschanel might love her role as Dr. Temperance Brennan on Fox’s Bones but nothing will compare to the new role she’ll be stepping into later this year — new mommy!

Thirty-four-year-old Emily Deschanel and her husband, David Hornsby, are expecting their first child later on this year. A rep for the actress confirmed the news to UsMagazine.com.

Emily Deschanel and David Hornsby started dating in 2007 and let the relationship blossom before getting married on September 25, 2010 in an intimate ceremony in Los Angeles.

Emily Deschanel isn’t the only actor in the family. David Hornsby portrays Matthew “Rickety Cricket” Mara on FX’s popular comedy It’s Always Sunny in Philadelphia. With genes from Deschanel and Hornsby, this little one is going to no doubt take Hollywood by storm one day — both in looks and talent!

Speaking of acting, with the news of a Deschanel baby on the way, what will this mean for her character on Bones? The Internet has been lighting up lately over how the sixth season of the series will close and what will become of Deschanel’s onscreen relationship with David Boreanaz’s character Booth. Perhaps the pregnancy will be written into the show and the fans will get a juicy story line! Either way, Bones never disappoints!

Congratulations go out to Emily Deschanel and David Hornsby on this new chapter of their life!