Source Code is best understood in the framework of Ben Ripley’s screenplay. It is original on so many levels. And then there’s its pulse. The film equally pounds the right “what is going on” mentality while psychologically protruding into areas of the audience consciousness that is truly mind-bending. 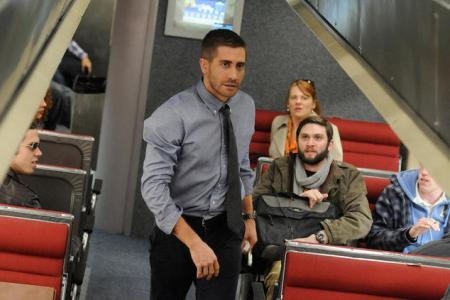 Jake Gyllenhaal’s Captain Stevens finds himself on a commuter train steaming its way towards Chicago. Across from him is Michelle Monaghan as Christina. She clearly knows the man who just awoke disturbingly from a nap. As Monaghan tells a story about an ex-boyfriend, the reality of the situation hits Gyllenhaal: He has no idea where or who he is.

Eight minutes later, the train explodes. The story quickly informs the audience how it is possible for Captain Colter to return to the train and why he only has eight minutes to find out how the train blew up as well as discover who is guilty of causing the catastrophe.

Gyllenhaal isn’t alone in the acting excellence in Source Code. Oscar nominee Vera Farmiga is a military career soldier serving Colter’s mission from afar. Having to give a majority of her performance sitting in front of a computer screen and camera, her Goodwin has an unexpected compassion for Colter and the physiological strain that is his mission. 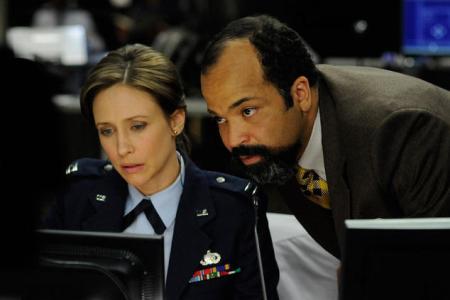 The always astounding Jeffrey Wright stars as Doctor Rutledge, the man who is continually over Farmiga’s shoulder dictating the forward nature of the mission. Wright exhibits the ever-building spectrum of his acting skills with each successive film. In Source Code, he pulls all those emotions back into such a firm hold that when the audience catches him smiling, it is almost a relief to the tension onscreen.

Source Code director Duncan Jones first caught our eye with the exemplary Moon. Where Sam Rockwell in Moon spent much of the film acting with himself, so too does Gyllenhaal in Source Code. The many moments where Captain Stevens is by himself allow director Jones to put his star’s talent on overdrive. The way Jones weaves the storylines, and there are a few beyond the impending bomb on a train, illustrates how to effectively and efficiently deliver a thriller that gets people talking. 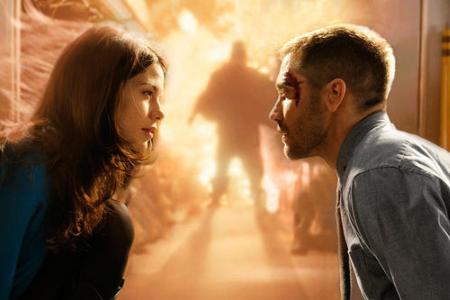 Remember when the first crowds emerged from taking in Seven, The Usual Suspects or Memento? There was a buzz that arose from the explosive immediacy of what audiences had just seen. The same is true with Source Code. As Gyllenhaal finds himself back on that train with only eight minutes to diffuse a national disaster over and over, it occurred to us that it is so rare that a film achieves that feat. Call it the thrill-a-minute movie that actually seizes you with every frame.

Source Code uses the storytelling style of Groundhog Day meets Manchurian Candidate with a touch of Strangers on a Train to achieve a rarity in film circa 2011: A movie that still haunts you a week later.