Did Prince William and Kate Middleton register for a china set or matching linens? Find out what is on the royal couple’s gift registry. 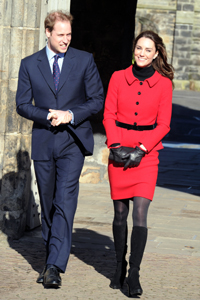 Prince William and Kate Middleton have not registered for gifts — but instead have set up a gift fund that goes to the 26 charities they have picked. What a nice gesture!

Want to donate? Go to their Royal Wedding Charity Fund and you will be able to make a donation.

The royal couple made the following statement about their wedding charity fund:

“Prince William and Miss Catherine Middleton have created a charitable gift fund to help celebrate their wedding. The fund will focus on assisting charities which support the five causes chosen by the couple. These causes are close to their hearts and reflect the experiences, passions and values of their lives so far. Having been touched by the goodwill shown to them since their engagement, they have asked that anyone wishing to send them a wedding gift consider doing so in the form of a donation to the fund.”

Those who wish to donate can choose from different causes, including children fulfilling their potential, conservation, the arts and sports, support for military families, help and care at home or you can send a gift to all the charities.

This is such a giving gesture from the couple — and will hopefully be a precedent for other celebrities getting married. Prince William may also have been influenced by the fact that Princess Diana and Charles were called “vulgar” after registering for elaborate gifts for their own royal wedding, including a “gourmet barbecue set and a pair of Cockatoos.”

Read on for more on the royal wedding