Chris Brown’s F.A.M.E. hit record stores Tuesday, March 22, but all anyone could talk about was his GMA meltdown that morning. A week later, it’s official. In spite of — or because of — the tantrum, Brown’s new album premiered at number one on the Billboard 200 chart. 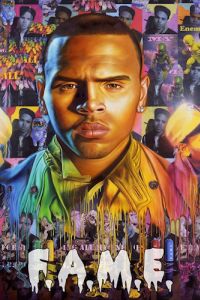 “I wanna thank all of my fans for making my album number one in the country!!” Chris Brown tweeted Wednesday, March 30, 2011. “I love you! We did it.”

The R&B singer took a hit professionally and socially after pleading guilty to beating his then-girlfriend Rihanna in 2009, but the 21-year-old was hoping to make a comeback with his new album F.A.M.E.

That notion looked less likely after Brown’s GMA interviewer focused on his 2009 arrest for assault and Brown lost control. Though he kept his cool on camera, Brown added to his aggressive rep by breaking a window in his dressing room and then storming into Times Square shirtless, having ditched his second planned performance.

The blowup cost Brown his publicist and was all anyone could talk about until yesterday, when the controversy arose over whether Brown should be allowed to perform on Dancing With the Stars. Some fans boycotted the show and dancer Cheryl Burke didn’t want to share the stage with Brown, but it turned out, she didn’t have to. Brown prerecorded his two performances, which met with mixed reviews.

Now, it’s official. The GMA tantrum and his explosive history are apparently a-ok with America’s R&B fans. F.A.M.E., which stands for Fans Are My Everything and Forgiving All My Enemies, sold 270,000 copies to top the Billboard 200 charts.

While Brown’s spot on the charts is his highest premiere, he’s actually seen better numbers. His 2007 album, Exclusive, sold 294,000 copies, even though it only premiered in fourth. Brown’s other top ten premieres were his 2005 self-titled debut, which landed in second, and 2009’s Graffiti, which came in at seventh.

Jennifer Hudson’s I Remember Me took the second spot in this week’s Billboard 200, selling 165,000 copies. Katy Perry controlled the singles chart with her Kanye West track ET, marking her fourth number one single from Teenage Dream.

Rihanna might approve of Brown’s chart-topping success, since she recently revealed she doesn’t want their historic scuffle to affect his career. Rihanna also said she doesn’t want to see Brown again, however, which makes the E! News chatter about ABC “orchestrating Chris Brown talking to Rihanna for the first time” less than plausible.

What’s your take on all this? Do performers’ personal antics affect your decision to buy their music? Chime in and let us know!