Mad Men creator Matthew Weiner is speaking out about the rumors surrounding the delayed production of season five.

More Mad Men drama is happening off screen than on these days, thanks to ongoing disputes among the show’s creator, Matthew Weiner, AMC and the cast. 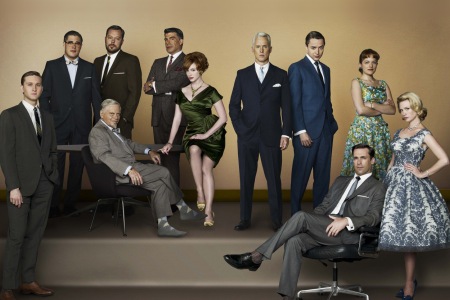 “There’s been a lot of speculation and misinformation in the press about what is going on. I want the fans to know directly from me that I had nothing to do with this delay, and it is not about money. I am fighting for the cast and for the show. And I appreciate the kindness and concern of the fans,” Weiner told the creators of the Mad Men fan blog Basket of Kisses.

The money issue to which Weiner referred was the report that he asked for $30 million to produce the next season. He says that’s not true; he actually offered to take less money to keep some of the cast. Weiner confirmed that he was asked to cut two cast members each season to save cash.

“First of all, the number that’s been published is not true. Second of all, I offered to have less money, to save the cast, and to leave the show in the running time that it’s supposed to be. The harder that I’ve fought for the show, the more money that they’ve offered me,” he continued.

Luckily, the plan to bring back Don Draper and the gang is still on for early 2012. We’d rather wait than face a life without Mad Men.

“Everyone can hold on, and we’ll see if it’s necessary, but of course I would want them to express their feelings. I can’t even tell you what it’s meant to me to have intelligent people who care about the show, who reflect about it, who obsess about it. It’s been a total surprise to me. It’s surpassed everything I would ever have expected,” he said.

Do you think another show battle is brewing a la Charlie Sheen and Two and a Half Men?