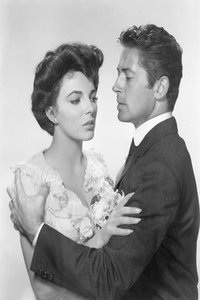 A spokeswoman from the New York City medical examiner’s office confirmed actor Farley Granger died on Sunday at the age of 85. According to the spokeswoman, Granger died of natural causes while at his Manhattan home.

Granger was born in San Jose, California and began acting in films early on in his teens. His over all career, however, would span decades and take him to the stage and television as well.

At 17, Farely Granger signed a seven year contract with producer Samuel Goldwyn that payed him $100 a week. A stunning number compared to what many Hollywood actors receive these days.

The actor really took off in the 1950’s on the big screen, nabbing a leading role in Alfred Hitchcock’s thriller Strangers on a Train. Granger played a tennis player seeking a divorce from his wife who ends up murdered, leaving him the suspect.

By this time, Farleyy Granger was becoming quite the catch around town for his boyish good looks and cool demeanor. He eventually headed to Europe only to return to Hollywood to have a few more goes at the movies, before turning to Broadway in 1959’s First Impressions.

Granger revealed in his 2007 book, Include Me Out: My Life from Goldwyn to Broadway, he dabbled in relationships with both men and women that included Ava Gardner, Shelley Winters and Leonard Bernstein.

He lived with his companion Robert Calhoun since the 60’s. Calhoun, a soap opera producer, died in 2008.

Our condolences go out to Farley Granger’s family. He will be missed.