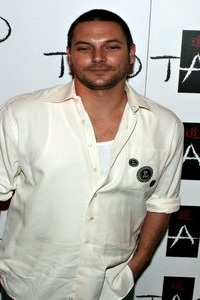 Kevin Federline is gearing up for baby number five, according to a source. The source revealed to UsMagazine.com that Kevin Federline’s girlfriend, Victoria Prince, is pregnant with the couple’s first child — Federline’s fifth. It really makes us wonder, what is with this guy? Five kids and no job…sounds like the life!

The ex-husband of Britney Spears is keeping tight-lipped about the news and a rep for the entertainer and Celebrity Fit Club success story isn’t giving up any details either.

Victoria Prince is about five months into the pregnancy. Federline and Spears divorced in 2007 and the couple has two sons, Sean, 5, and Jayden, 4. The former couple has actually been seen taking in their children’s little league games lately, which is nice to see.

Federline also shares a son, Kaleb, 6, and daughter, Kori, 8, with former Moesha actress Shar Jackson. The former duo’s pent-up frustration was detailed on their season of Celebrity Fit Club and the two seemed to turn a corner with Shar Jackson forgiving Federline.

Kevin Federline really took control of his life during his time on Celebrity Fit Club and it would be nice to see him find his own happiness.

What do you think of Kevin Federline’s latest baby news?