We hate to break it to you, but the Lollapalooza music festival turns 20 this year. We’ll let you know who might be playing.

Yes, we know it hurts to read this, but Lollapalooza is celebrating it’s twentieth anniversary this year. 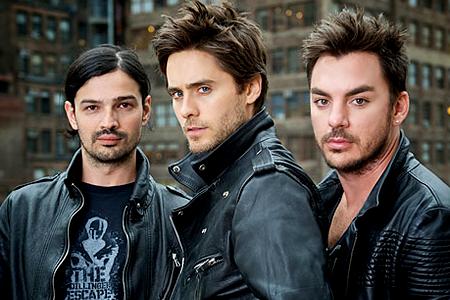 To celebrate their twentieth, Lollapalooza is going international with Lollapalooza Chile. Happening in Santiago’s O’Higgins Park on April 2 and 3, the South American version of the show will include acts like The Killers, Kanye West, Jane’s Addiction, the Yeah Yeah Yeah’s, 30 Seconds To Mars, Fat Boy Slim and more. Now, the official list for the American version hasn’t been announced yet, but you can bet most of the heavy hitters from Chile will appear.

The festival takes place in Chicago’s Grant Park August 5 to August 7, and thought there is no word about when tickets will be going on sale, but here are some of the performers you might be seeing. This is still in the rumor stage, but here you go: We’re hearing buzz about Eminem, the Foo Fighters (Dave Grohl surprised audiences at the gamer convention Blizzcon a few months ago), Twilight‘s musical inspiration Muse, 30 Seconds to Mars and Jane’s Addiction — who’s lead singer Perry Farrell created the festival as a farewell tour for the band.

The initial line-up in 1991 included bands like Siouxie and the Banshees, Nine Inch Nails (it’s still hard to process Trent Reznor all cleaned up with an Oscar), Living Color, Ice-T and the Violent Femmes. Yikes! Does this make you feel old? I can practically hear my bones creaking.

We’d love to know who you’d like to see at this year’s event. Let us know below.