Beyonce is not the first entertainer to cut family ties on a business level, and she probably won’t be the last.

Who needs family when you’re at the top? Not Beyonce: She just fired her father as her manager. OK, so it’s not that dramatic. Beyonce, 29, confirmed that her father, Matthew Knowles, is no longer her manager in a statement to the Associated Press. 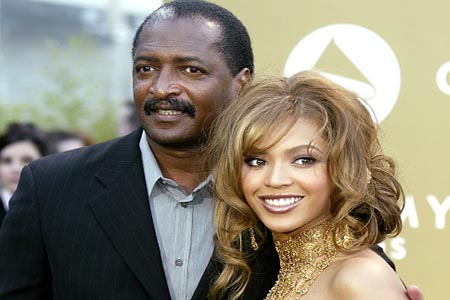 “I am grateful for everything he has taught me,” Beyonce said in the statement. “I grew up watching him and my mother manage and own their own businesses. They were hardworking entrepreneurs, and I will continue to follow in their footsteps.”

The split might have something to do with a controversial performance Beyonce gave for reviled Libyan leader Muammar Gadhafi. “Ultimately, Matthew Knowles should be accountable for that decision, and I do accept responsibility,” Beyonce told Billboard magazine after it was revealed that she received $1 million for the concert. 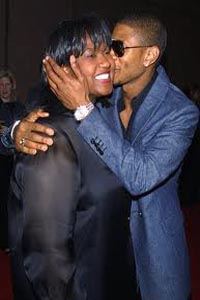 Usher Raymond became a superstar as a teen — and he largely has his mother, Jonetta Patton, to thank for his success.

And he did until he started dating Tameka Foster. Foster and Patton, rumors say, didn’t get along — and Usher eventually ditched his mom for famed manager Benny Medina.

Usher claims he gave her “the ultimate compliment — to retire her to be a full-time grandmother.”

Ultimately, Usher broke it off with Foster, fired Medina and rehired his mama.

“Usher has dissolved his management arrangement with Benny Medina and has re-engaged Jonnetta Patton as his manager,” the mother and son said in an August 2008 statement.

Country crooner — and shockingly thin — LeAnn Rimes launched her career when she was just a tot, so it only made sense that her father, Wilbur Rimes, managed her career. 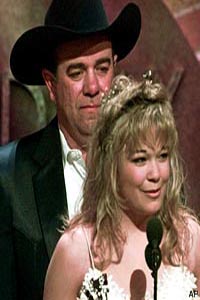 It turns out that her dad was more interested in the cash than growing his daughter’s career. Rimes sued her dad and former manager Lyle Walker in 2000, claiming that they pilfered millions of dollars from her.

“It would appear that her father didn’t always act in a fatherly way to her,” her attorney Tom Rhodus told The Dallas Morning News at the time.

Wilbur Rimes filed a countersuit claiming his daughter was overspending her money. “I go by the saying, ‘Money’s the root of all evil.’ And I definitely believe that the love for money is the root of all evil, because it changes people,” Rimes told ABC News in 2005. “I was being called a spoiled brat by some people. But, you know, people don’t know me.”

Rimes eventually buried the hatchet with her father, and he walked her down the aisle during her wedding to backup danger Dean Sheremet.

“There’s so much more life ahead of me. To carry on a burden of hating someone, it’s just not worth it,” Rimes said. “I’ve never hated my dad. I just wanted a dad. I guess I just really disliked where he was in my life. I just wanted him to be my father.”

Singer Aaron Carter grew up watching his big brother Nick Carter gain incredible success as a member of The Backstreet Boys. He launched his own career as a preteen — and his mother, Jane Carter, was in charge. 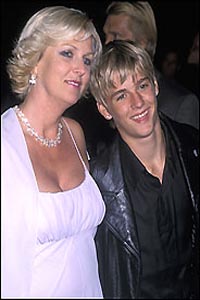 “I sacrificed my entire life for that child and for the other child for the sake of that family. I made sacrifices every day. I was willing to do it for them. For the family,” Jane Carter told ABC’s 20/20 in 2005.

But that wasn’t enough. Carter eventually fired his mom as his manager, claiming she stole money from him.

“The other kids used to call Nick the ‘cash cow.’ And when Nick grew up… Aaron was the cash cow. ‘Oh, mom only likes the cash cow.’ This is what the girls would say,” Carter’s father Bob said in 2005.

“Sometimes, I would just stop and I would be like, ‘Mom, why can’t we just fight about, you know, me being a teenager, and me growing up?'” Carter said.

The problem eventually came to a head when Bob Carter showed him documents that proved Jane Carter was taking money from him. “Every show we did, we would probably make about maybe $40,000, $50,000. And it was all gone,” Carter said.

The result was a strained relationship between mother and son. “It hurts. A mother doesn’t go on TV and trash her son,” Carter said in 2005. “I just want her to love me, you know? I just want her to be my mom. Is that too much to ask?”