Britney Spears’ Femme Fatale dropped today and with the new album officially out, the diva is ready to promote, promote, promote! After a Las Vegas preview and this morning’s GMA mini concert, Spears has announced that she’ll hit the road this summer with Enrique Iglesias. 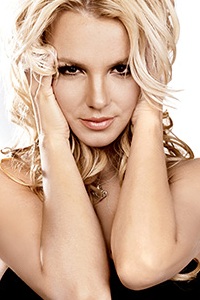 It’s been two years in the making and comes on the heels of endless tease, but today, Britney Spears released her seventh studio album, Femme Fatale. The electro-pop party album is getting mixed reviews, but the buzz definitely wavers toward the positive.

Femme Fatale has even been dubbed Spears’ best album yet, and no one is more amped about the release than Brit-Brit herself. “Just got Femme Fatale on iTunes!” Spears tweeted this morning. “So excited for it to finally be out. What do you guys think?”

With the new album officially here, Britney is ready to work it. Hold It Against Me and Till The World Ends were the first singles to drop from Femme Fatale, but Brit’s fans got to hear the whole thing early, thanks to live streaming. There were also the unannounced Spears preview concerts in Vegas last weekend.

To celebrate today’s March 29 release, Brit prerecorded a concert in San Francisco on Sunday, which aired on GMA this morning. The pop diva will also be rocking it on Jimmy Kimmel Live tonight.

“I love music. It’s my world,” Spears said on GMA. “I’m so happy to be able to share it with everyone.”

Britney also has an MTV special called Britney Spears: I Am the Femme Fatale airing April 3, with the first trailer sneak peak of the show airing tonight at 7:58 p.m. The special, which includes footage from those Vegas concerts, promises to take fans inside Britney’s life to see what it’s like to release a highly anticipated album.

Britney is also set to guest host KIIS-FM’s Wango Tango, alongside Ryan Seacrest, on May 14 in Los Angeles.

The biggest news to drop with Femme Fatale, however, is that Britney Spears has announced a summer 2011 tour with Enrique Iglesias. Considering the sexy costumes changes, pyrotechnics, elaborate sets and intricate choreography utilized in Spears’ mini-concerts, her show promises to be over the top, which is just how fans like it.

Spears and Iglesias will be co-headliners for their summer road trip, which begins June 17 in Sacramento, California and then continues around the United States and Canada until the final August 13 show in Toronto.

Here’s a clip of Britney Spears rocking on GMA!