Britney Spears is back and ready to give fans a show they’ll never forget. The pop star announced plans for a summer tour including one of music’s hottest men — Enrique Iglesias. Read on to find out how Spears announced her Till the World Ends tour.

Britney Spears released her new album Femme Fatale March 29 and it wasn’t the only thing the singer dropped today. During her pre-taped appearance on Good Morning America Tuesday morning, she made the big announcement — there will be a Till the World Ends tour this summer. Not only will she be taking the summer by storm with her new Till the World Ends tour, she’ll be doing it with Enrique Iglesias. 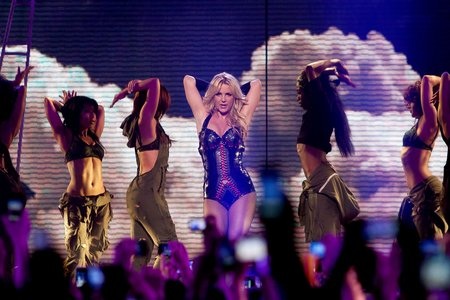 Britney Spears was in San Francisco to tape her GMA appearance and couldn’t resist spilling the beans to host Robin Roberts: “I’m going on tour with Enrique Iglesias in June.”

The singer treated fans at the Bill Graham Civic Auditorium to quite a show, singing tracks from Femme Fatale that included Hold It Against Me, Big Fat Bass and of course, Till the World Ends. Spears wasn’t playing around either. She proved she was in shape and ready to go, donning a sizzling body suit that hugged her fit and trim frame nicely during the taping. 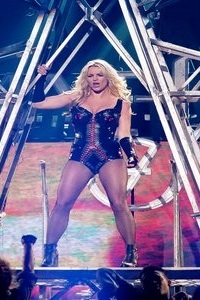 “Thank you so much for all your love and support. You guys are beautiful,” Britney Spears gushed to the audience. “I love it. I love music. It’s my world. It’s my everything.”

Leave it to Britney Spears to keep her fans entertained in the most interesting of ways. Before the Till the World Ends singer took the stage, five drag queens kept the crowd pumped.

Britney Spears didn’t just invade San Francisco to promote her new album, she was recently seen putting her Britney Spears stamp on Las Vegas. On March 25, Spears hit the stage at Rain Nightclub at Palms Resort Casino and wiped the floor with her performance! The best part about it? It was completely a surprise!

Will you be purchasing tickets to see Britney Spears and Enrique Iglesias rock the Till the World Ends tour? Don’t forget to check out Spears’ new album Femme Fatale — out today!