Beyonce has fired her father from his position as her manager — a post he’s held since she was a kid! 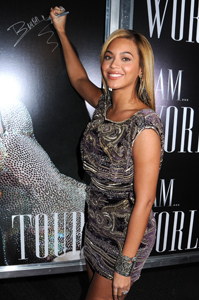 Beyonce doesn’t play around. The Grammy-winning superstar singer fired her father as her manager. To the left, to the left!

“I am grateful for everything he has taught me,” Beyonce said in the statement. “I grew up watching both he and my mother manage and own their own businesses. They were hardworking entrepreneurs and I will continue to follow in their footsteps.”

“He is my father for life and I love my dad dearly. I am grateful for everything he has taught me.”

Mathew Knowles shaped the then-teen Beyonce and three other girls, including her still-BFF Kelly Rowland, into the multiplatinum-selling Destiny’s Child, guided the group through a massive lineup change that included dumping two original members and adding Michelle Williams, and helped his daughter’s solo career explode.

He also cheated on her mother and fathered a love child, resulting in a 2009 divorce from Beyonce’s mom Tina after 29 years of marriage. Plus, Rowland and Williams dumped him as their managers back in 2009 because he was spending too much time setting up endorsement deals for Bey and not enough time getting them booked outside of Eastern Europe.

“Business is business and family is family,” Daddy Knowles said. “I love my daughter and am very proud of who she is and all that she has achieved. I look forward to her continued great success.”

No word on who Beyonce’s new manager will be, but I don’t think she’ll be looking too much further than the pillow next to her.