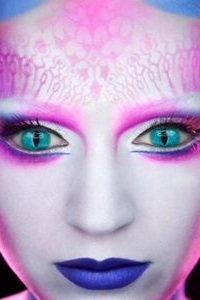 MTV is debuting the new video by Katy Perry for her hot single E.T. and the video has a few surprises. Not only does it feature the newlywed rocking out of this world makeup, it has a fantastic cameo by Kanye West.

MTV is debuting E.T. on Thursday, March 31 in conjunction with a block of Katy Perry must-sees. Starting on Thursday morning, fans can celebrate with some of Katy Perry’s most popular videos including California Gurls, I Kissed a Girl and Firework.

Then E.T. will first premiere at noon on MTV.com, VH1.com and LogoTV.com.

At 7:53 p.m., Katy Perry’s world TV premiere of E.T. from her smash album Teenage Dream kicks off with a special intro from the singer herself. Following the TV premiere, MTV.com begins its live stream from the MTV newsroom for an exclusive interview with Perry and video director Floria Sigismondi.

Katy Perry has been creating quite a buzz for E.T. The star has been using Twitter, Facebook and her own official website to post pictures and communicate with her fans. She’s even been using her own language to stay connected with fans.

By the looks of her alien-like makeup, it certainly seems like Katy Perry is having an out of this world experience with E.T. Don’t forget to check out Katy Perry’s premiere of E.T. March 31 on MTV.