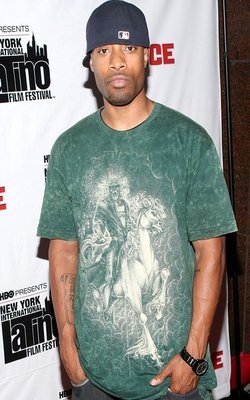 According to the New York Daily News, 32-year-old DJ Megatron of the BET hit 106 & Park was shot and killed in New York on March 27. DJ Megatron, a staple on 106 & Park, reportedly died not far from his Staten Island home. According to police, he died on the street at about 2 a.m. after being shot once in the torso. He was dead by the time paramedics arrived on the scene.

Currently no one has come forward with details and the police have not provided a reason for DJ Megatron’s death.

DJ Megatron’s mother released a statement following the shooting. “Words can’t describe the way my husband and I feel right now,” Louvenia McGriff told the New York Daily News. “I just don’t know how we’re going to make it without him. He was our golden child.”

DJ Megatron, whose real name is Corey McGriff, began making a name for himself at the hip-hop radio station Hot 97 in New York. He then moved to BET where he became a regular. He also took New York’s club scene by storm, performing on a regular basis.

DJ Megatron is reportedly survived by his three children. Our deepest sympathies and prayers go out to DJ Megatron’s family during these difficult times.