Dance doubles for Natalie Portman in Black Swan say the Oscar winner didn’t actually dance in most of the film. The choreographer is defending Portman, but the dancers are firing back! 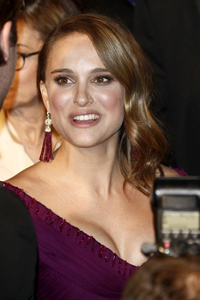 Natalie Portman won an Oscar for her portrayal of a ballerina whose ambition drives her to insanity in Black Swan. She was lauded for her killer dance moves — but the two professional ballerinas who were her dance doubles say they did the lion’s share of the work.

“Natalie took class, she studied for several months, from the waist up is her,” said one of the women, Kimberly Prosa. “Sarah Lane, a soloist at ABT, did the heavy tricks, she did the fouettes, but they only had her for a limited time, a couple of weeks, so I did the rest of whatever dance shots they needed.”

“There are articles now talking about her dance double that are making it sound like [Lane] did a lot of the work,” he said, “but really, she just did the footwork, and the fouettes, and one diagonal [phrase] in the studio. Honestly, 85-percent of that movie is Natalie.”

Sarah Lane says he’s full of it. She spoke to Entertainment Weekly. “The shots that are just her face with arms, those shots are definitely Natalie. But that doesn’t show the actual dancing. They wanted to create this idea in people’s minds that Natalie was some kind of prodigy or so gifted in dance and really worked so hard to make herself a ballerina in a year and a half for the movie, basically because of the Oscar. It is demeaning to the profession and not just to me. I’ve been doing this for 22 years. Can you become a concert pianist in a year and a half, even if you’re a movie star?”

“I mean, from a professional dancer’s standpoint, she doesn’t look like a professional ballet dancer at all and she can’t dance in pointe shoes. And she can’t move her body; she’s very stiff. I do give her a lot of credit because in a year and a half she lost a lot of weight and she really tried to go method and get into a dancer’s head and really feel like a ballet dancer.”

Portman has so far been silent on the issue as she is too busy decorating her Oscar-themed nursery.

read on for more natalie portman