Bret Michaels is suing over an injury suffered at the 2009 Tony Awards, stating it more than likely caused his brain hemorrhage. 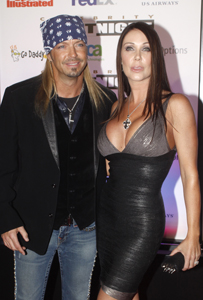 Bret Michaels didn’t just become the butt of many a late night joke when he was smacked in the face by a piece of the set at the 2009 Tony Awards — he says it caused his near-fatal brain hemorrhage six months later, and now he’s suing!

According to TMZ, in the court paperwork the former Poison frontman says, “One of the most common causes of this type of hemorrhage is head trauma — exactly like the one Michaels suffered at the hands of the Tony Awards.”

“Through his sheer will to live, to see his children grow up, [he] was able to survive this trauma.”

Immediately after the incident Michaels was treated for a broken nose and a busted lip. He says that Tony producers have “failed and refused” to rectify the situation, even blaming it on him. Michaels claims they said the incident was his fault because he “missed his mark” — but, he says, they never told him how to exit the stage correctly.

A rep for the Tonys had no comment, and the paperwork did not specify damages.