George Lopez apologized to Kirstie Alley for calling her a pig. You won’t believe what the DWTS fave had to say about it. 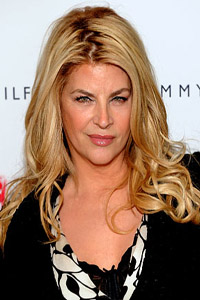 Celebrity feud alert: George Lopez and Kirstie Alley are battling it out on Twitter — and it’s all over something Lopez said about the popular Dancing With the Stars contestant on his late-night show.

“She did a nice job, her little hooves tapping away,” Lopez quipped about Alley after her DWTS season 12 debut. “Before the show, she went to the market and then she had roast beef.”

Alley was unaffected by the joke; she was too busy basking in the rave reviews of her Monday night performance.

“If you read my stream — I just called George Lopez a PIG. LOL… a drunk pig… hehe,” Alley said.

“You are all saying such sweet and complimentary things to me… Thank u all so much.. I feel like Cinderella tonight,” Alley tweeted after the show.

Lopez obviously felt the wrath of Alley’s fans and apologized for his actions. “I misjudged the joke. No malice was intended, and I apologize to Kirstie,” Lopez said on Twitter.

And then she called for a kidney from Lopez, who famously accepted a kidney donation from his now ex-wife.

“@georgelopez I don’t need or want ur apology… I want ur kidney dude.. on behalf of ur X and all the womens uve(sic) insulted… give it back,” she tweeted.

Stay tuned. It looks like this is gonna get interesting!