Paula McLain, author of The Paris Wife, stopped by to talk to SheKnows about writing her historical fiction novel. McLain discusses the research, the creative process and her personal journey of getting to know Ernest and Hadley Hemingway.

The Paris Wife is the revealing and beautiful story of Ernest Hemingway in his early years as a writer. Told from the point of view of his first wife Hadley, author Paula McLain went through an intense process of research and discovery to construct this heartfelt, historical novel. 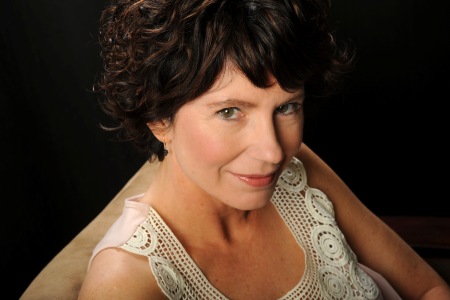 SheKnows: Hadley Richardson was Ernest Hemingway’s first wife; yet for many of us, she is largely unknown, a woman at the fringes of literary history. Why did you decide to write a novel about her, and why did you choose The Paris Wife as your title?

Paula McLain: I first came to know Hadley in the pages of A Moveable Feast, Hemingway’s remarkable memoir of his years in Paris. His reminiscences of Hadley were so moving that I decided to seek out biographies of her life — and that’s when I knew that I’d found something special. Her voice and the arc of her life were riveting. She’s the perfect person to show us a side of Hemingway we’ve never seen before — tender, vulnerable and very human — but she’s also an extraordinary person in her own right. As for the book’s title, although to many Hadley might simply appear to be Hemingway’s “Paris wife” — the way Pauline Pfeiffer became known as his “Key West wife” and Martha Gellhorn as his “Spanish Civil War wife” — Hadley was actually fundamental to the rest of his life and career. He couldn’t have become the writer we know now without her influence.

SheKnows: Why did Hadley and Ernest fall for each other? Many of their friends seemed to find it an unlikely pairing, especially given the fact that Hadley was several years older and less worldly than her husband.

Paula McLain: Ernest was awfully young when he proposed — off the cuff in a letter, no less — but he seemed to know instinctively that in order to pursue his wildly ambitious creative path, he would need to be anchored by someone like Hadley, who was not just solid and reliable, but absolutely real. She trusted the essence of their partnership, too, the way they brought out the best in each other, and so was able to take the leap. It was a leap too — this small-town, Victorian girl moving to bohemian Paris — but one that paid off in spades. She said later that when she decided to hook her star to Ernest’s she exploded into life.

SheKnows: The Ernest Hemingway we meet in The Paris Wife — through Hadley’s eyes — is in many ways different from the way many of us envision him today. What was he like as a young man and a budding novelist?

Paula McLain: The myth and reputation of the later Hemingway — all swagger and feats of bravery — stands in sharp contrast to his twenty-something self, and makes him all the more fascinating to me. He had incredibly high ideals as a young man, was sensitive and easily hurt. Hadley often spoke of his “opaque eyes,” which showed every thought and feeling. She would know in an instant if she’d wounded him, and then feel terrible. That vulnerability alone will surprise many readers, I think. 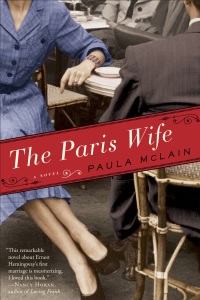 SheKnows: In The Paris Wife, Ernest and Hadley’s romance blossoms through a series of letters. Indeed, he proposes through the mail. Are these letters drawn from real life, and can you imagine anything like that happening in today’s world?

Paula McLain: Ernest and Hadley burned up the postal lines between St. Louis and Chicago. Hundreds and hundreds of pages flew back and forth, and they essentially fell in love that way. Most of Ernest’s letters to Hadley have been lost or destroyed, but he saved every letter she ever wrote to him. Her charm and candor and winning humor come through in every line. In her first letter to him, for instance, she wrote, “Do you want to smoke in the kitchen? Should say I do!” I fell in love with her too!

SheKnows: Do you think Ernest realized what he had lost, in the end?

Paula McLain: I do. Each of his three subsequent marriages was marked with discord and turbulence. Late in his life, it was obvious he longed for the innocence and pure goodness of his life with Hadley — a longing that colors A Moveable Feast so poignantly. “The more I see of all the members of your sex,” he wrote Hadley in 1940, “the more I admire you.” She remained untainted in his mind, an ideal that persisted to remind him that the best luck and truest love he’d ever had he found with her.

Check out our article on The Paris Wife to learn more about the book.