Ethan Suplee managed to drop 200 lbs. over the past decade without surgery or crazy gimmicks. How did he do it?

Former My Name is Earl star Ethan Suplee reemerged this week — and he’s a mere shadow of his former self! Suplee has lost a whopping 200 lbs. over the past 11 years. How did he do it? By consistently riding his bicycle, according to TMZ. 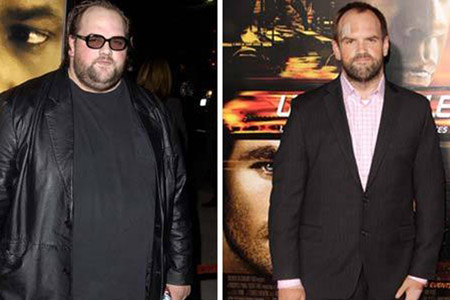 “I ride road bikes,” Suplee told a TMZ photographer. “I wear SPANDEX and everything.”

Suplee isn’t the only Hollywood actor to drop a huge load of weight off their frames — funnyman Jonah Hill recently lost 30 lbs. off his once-portly frame.

And of course, jaws hit the floor when Drew Carey appeared on the season premiere of The Price is Right in September 2010 sans 70 lbs.

“It sucks being fat, you know,” Carey told People. “I’m not diabetic anymore, no medication needed.”

“I know it sounds sappy, but it was a waste,” Goodman, 58, told People. “It takes a lot of creative energy to sit on your ass and figure out what you’re going to eat next … I wanted to live life better.”

“I just ordered some nice slacks,” he said. “I finally got them and they’re too big now.”

Good to see that a few comedy heavyweights understand the importance of a healthy lifestyle.

Are you impressed by Ethan Suplee’s weight loss?