The Language of Trees is a poetic story about the relationships and connections between people in the small town of Canandaigua, New York. From childhood romance to the secret crush an old woman has held for decades, Ruby’s characters come to life through her vivid and enchanting descriptions. 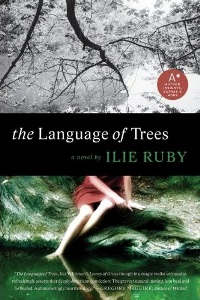 Ilie Ruby has a unique style of writing which is clear after reading the first chapter of her book, The Language of Trees. Filled with rich imagery and thorough descriptions, the novel is — as Ruby herself agreed during our interview — poetry of place combined with an interesting story.

The Language of Trees

The opening chapter takes readers to the night when three children row a boat into the middle of the Canandaigua Lake resulting in a horrible tragedy, which stays with the small town for years to come. The subsequent chapters pick up 12 years later in the same town of Canandaigua. The book begins by profiling the characters in the town. Ruby writes such a detailed and intricate history with each one that it is hard to believe they aren’t real people. By the time Ruby moves to the central mystery of the storyline, the reader knows the characters in and out.

Ruby’s book will also catch the reader by surprise by incorporating elements of legends and the supernatural throughout the story. These pieces are weaved throughout so naturally that the story is inherently infused with a spirituality, which adds to the mystery of Canandaigua.

The Language of Trees is an artistic book. It takes a step back from today’s action-packed, drama-ridden storylines and instead presents a poetic characterization, profiling a myriad of relationships, including and especially, the relationship the people have with the town. The language is used beautifully and the story will leave you believing in second chances.

Jessica Hickam contributed to this story.