Thirteen-year-old YouTube sensation Rebecca Black is all over the place these days with her song, Friday. Does she have staying power or is she just a flash in the pan?

If you’ve turned on a computer lately, you’ve heard of Rebecca Black. The 13-year-old singer posted a heavily auto-tuned video for her song, Friday, and at the time this article was written, it had 38,579,640 hits. 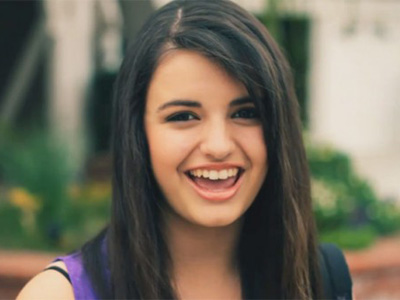 According to the LA Times, she’s netting about $24,900 a week from sales of the song. She’s even surpassed…gasp…Justin Bieber on iTunes! Say it ain’t so Biebs!

She’s been endlessly mocked for the song and her over-exposure, including a spoof of the video on Conan O’Brien’s show. So is she the new black? Tons of people said Bieber wouldn’t last when his music popped up on YouTube. Now he’s got an autobiography, a film about his life and hordes of fans. Even non-Beliebers have jumped on the bandwagon after seeing Justin Bieber: Never Say Never.

Well, viewers and critics may be lashing out about the cheesiness of the song, but Black has one heavy hitter in her corner — Lady Gaga. In the video Google Goes Gaga, the singer said, “I say Rebecca Black is a genius and that anybody telling her she’s cheesy is full of (expletive).” Take that, haters.

Simon Cowell is a fan of Black, saying he “loved” her debut song Friday.

“I wish her all the success in the world, this girl. She hasn’t done anything wrong,” he told the Huffington Post. “She posted her song on the Internet, people reacted to it very quickly — they either liked it or hated it — but for her, I’d call that a high class problem. I mean, she’s going to be at a hundred million views by the end of the week. That’s the world you live in now — people have got opinions. And I think when you’re in a situation where you polarize people, I think sometimes that’s when you become huge.”

So what do you think of Rebecca Black? Is she here today, gone tomorrow? Or will she, like Bieber, take over the universe and do commercials with Ozzy Osbourne? Let us know below.

Watch Rebecca Black on The Tonight Show with Jay Leno: