Troubled singer Chris Brown has been forgiven by ABC for his outburst and will still appear on Dancing With the Stars. But will you watch? 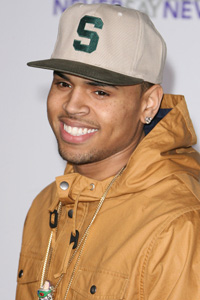 Looks like ABC is feeling generous…or they know Chris Brown is getting them ratings. We’re sure you heard all about his alleged violent outburst following a Good Morning America appearance after host Robin Roberts asked him about his 2009 assault conviction against ex-girlfriend Rihanna. He reportedly headed back to his dressing room, pulled off his shirt and threw a chair through a window.

Now, no one actually saw him do it and TMZ is reporting that ABC will not be pressing charges. That’s a good thing for Brown who is still on probation. He could have ended up facing jail time instead of an audience.

It also looks like Brown will continue promoting his album F.A.M.E. on the network. He’s still slated to perform on ABC’s Dancing With the Stars on March 29, according to EW. Not everyone is happy about that. Apparently there is even a write-in campaign to get him off the show.

Strangely, a number of people don’t think someone who beats his girlfriend belongs on a dancing show. Imagine that. In the GMA interview, Brown told Roberts, “It’s not really a big deal to me now, as far as that situation. I think I’m past that in my life. Today’s the album day, so that’s what I’m focused on.”

Not a big deal, huh? Anyone else getting out a pen to join that campaign?