Elizabeth Taylor and Michael Jackson had one of the closest friendships in Hollywood and both have tragically passed away in the last two years. Here’s looking back at the friendship of this quirky, iconic duo.

Michael Jackson and Elizabeth Taylor made an odd pair, but their friendship endured the Hollywood spotlight for years as their romantic relationships sparked and fizzled. 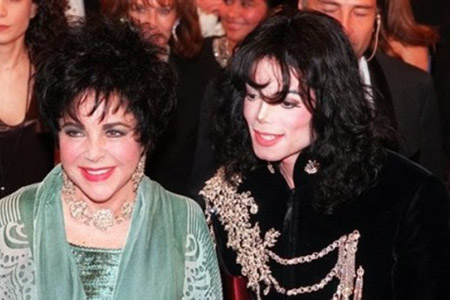 Sadly,  Elizabeth Taylor died Wednesday morning, just two years after her troubled friend. She was 79. Jackson was just 50 at the time of death.

What is congestive heart failure? >>

The relationship between Taylor and Jackson started two decades ago after a misunderstanding. Jackson was performing at L.A.’s Dodgers stadium and Taylor was there — until she abruptly left. Jackson was heartbroken at the perceived snub and called Taylor nearly in tears to ask why she left.

Taylor told the singer — whom she later dubbed the “King of Pop” — that she left not because of his music, but because of poor visibility of his performance.

The pair talked for three hours.

“Then we met, and spent more and more time with each other, and just became really good friends. Told each other everything,” Taylor said of their relationship in a 2006 interview.

The relationship bordered on obsessive — Jackson created a shrine to Taylor at his Neverland Ranch and played her movies continuously. The pair also spent most holidays together and even battled molestation rumors after Taylor’s nephews spent a weekend with Jackson and Taylor.

Taylor was understandably heartbroken at Jackson’s unexpected death in 2009. She spoke out about her grief, but declined to attend his public memorial at L.A.’s Staples Center.

“Oh God! I’m going to miss him. I can’t yet imagine life without him,” she said after his death.

“I loved Michael with all my soul and I can’t imagine life without him. We had so much in common and we had such loving fun together,” she continued. “My life feels so empty. I don’t think anyone knew how much we loved each other. The purest most giving love I’ve ever known.”