Elizabeth Taylor passed away Wednesday at 79 from congestive heart failure. We’re incredible sad about her death, but we’re celebrating her life today by remembering some of her best moments on film. Weigh in with your favorite Elizabeth Taylor films!

Elizabeth Taylor passed away early Wednesday at the age of 79 from congestive heart failure. The loss of such an icon is a blow to Hollywood — she was truly a living legend that starred in some of the most memorable films over the past century. 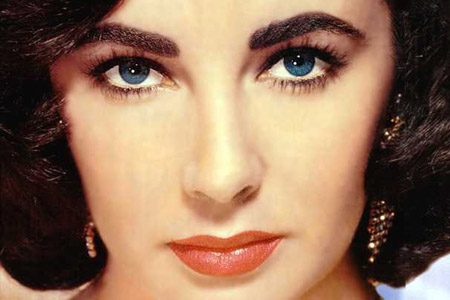 We’re so sad about her passing — but we’re celebrating her life today with some of her best films.

Elizabeth Taylor knew how to seduce the most attractive men in Hollywood — she did marry eight men, after all. In Cat on a Hot Tin Roof, Taylor played opposite Paul Newman as his wife — and she stole every scene.

This film was Elizabeth Taylor’s defining moment. Women for years to come would attempt to mimic her iconic style and makeup in this film.

Taylor played the titular character in Cleopatra, which reviewed the life and times of the seductres and Egyptian princess — and it remains one of her most memorable films.

Elizabeth Taylor played Desiree in A Little Night Music, a film about a love triangle between Desiree, old flame Frederik and his 17-year-old virgin bride. The film was adapted into a Broadway musical in 2009, starring Catherine Zeta-Jones and Angela Lansbury. However, most remember Taylor’s role as the defining one of the film.

What are your favorite Elizabeth Taylor films?