The official recording of Prince William and Kate Middleton’s wedding will be available online hours after the ceremony. 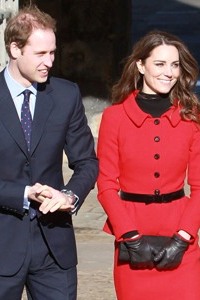 If you’re curious as to what kind of goodies the actual album will contain when it’s made available on May 5, here are the details — a booklet with the order of service, readings, vows, hymns and blessings, as well as all the music.

As for the recording of Prince William and Kate Middleton’s wedding, it will be released digitally to numerous retailers including iTunes.

“Thanks to digital technology we will be able to deliver it worldwide almost instantly — it will be the fastest we have ever released an album of this stature,” David Joseph, chairman and CEO of Universal Music UK, revealed.

Will you be heading to iTunes to get your royal wedding fix on April 29 or will you be glued to the television to get all your Prince William and Kate Middleton news? Something tells us that with instant online access, the Internet will be quite busy on that particular day.