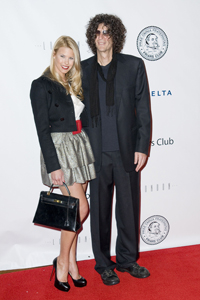 Howard Stern says Sirius XM is ripping him off and he is owed unspecified millions in bonuses and stocks earned during the merger of Sirius with XM.

“Stern enabled Sirius to surpass its internal subscriber targets by more than 2 million subscribers in 2006 and in 2007,” the suit alleges. “Because of this success and the revenue that it brought into the company, [Stern’s production company, One Twelve Inc.] was entitled to receive the performance-based stock awards Sirius promised Stern.”

“If not for the dramatic success that Stern had brought Sirius, Sirius would not have been in a position to acquire its rival and the merger would not have happened,” states the suit.

Interestingly, Stern just renewed his contract in December for five years and a reported $1 billion. His previous contract earned him $500 million. Considering this, the folks at Sirius are a bit confused by the suit.

“Sirius XM just signed a contract through 2015 with Howard Stern and he is a valued part of our company,” Patrick Reilly, senior vice president of communications, said in a statement. “We were thus surprised and disappointed by the subsequent legal action initiated by his production company and agent. We have met all of our obligations under the terms of our 2004 agreement with Howard, his agent and production company.”

Is Stern right or is he being greedy?