James Franco received an apology of sorts from Bruce Vilanch after the writer ripped his Oscar performance. 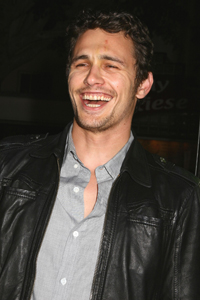 Bruce Vilanch’s honest opinion about James Franco and his lackluster Oscar performance earned him a spot in the Twitter Hall of Fame when the actor posted a mocking photo of the two.

Today Franco posted an email from Vilanch which on the surface reads like an apology. Under the surface, it reads more like “Stop being such a crybaby. I was being a lot nicer than I could have. PS You’re a jerk.”

“I was JOKING with this guy on the red carpet about all the sleeping jokes about you. He then got vehement about how bad you were and I was trying to DEFEND you. I don’t know what version, what context you read these remarks in, but believe me, I would never diss you. That’s not my style. You should never take the gutter press too seriously, they don’t do their homework and they like to pretend everyone is in a perpetual state of anger and distress. If you hears the tape, you would hear a much lighter reading than the one they gave. On the plus side, I now have a photo of the two of us together that I can press into my memory book, and the scrawled vitriol makes it even more precious. If you’re still going to do my life story, one of us has to have a little work.”

Franco took a photo of the email and posted it, overwritten with his beloved Microsoft Paint: “Thanks Bruce, sorry for reading stupid blogs.”

read on for more james franco