Ja Rule was in court Tuesday to plead guilty for failure to pay taxes. 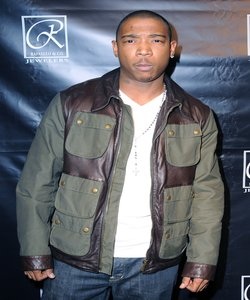 On Tuesday, rapper Ja Rule learned the hard way you can never get away from paying taxes — no matter how successful you are. According to the Associated Press, Ja Rule pleaded guilty to not paying taxes on more than $3 million in income.

Ja Rule allegedly raked in the income between 2004 and 2006 and it finally caught up with the entertainer. He entered a plea deal that allowed the government to write off two counts of unpaid taxes against the mix master, $1 million of which was earned in 2007 and 2008.

Ja Rule’s empire stretches beyond music into acting. The singer was seen on the silver screen in The Fast and the Furious and Scary Movie 3. He will return to court on June 13 for official sentencing which could be up to three years in prison and $300,000 in fines.

Unpaid taxes aren’t the only thing on Ja Rule’s mind. Prior to his sentencing, Ja Rule must report to a New York prison to serve a two-year sentence handed down on an attempted criminal possession of a weapon charge stemming from December.

Do you think Ja Rule will get more prison time added on to what he’ll be serving or will the courts have mercy on him? Tell us, we want to know.