LeAnn Rimes and Brandi Glanville have cast their differences aside after the singer and Brandi’s ex, Eddie Cibrian, called off their plans for a reality show. 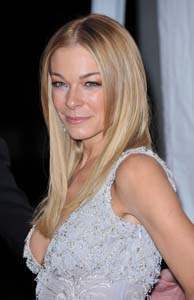 LeAnn Rimes has a formidable enemy on her hands with Brandi Glanville — not only did she steal Brandi’s husband, Eddie Cibrian, but she took away the father of Brandi’s two sons. Since then their relationship has been contentious, to say the least, but the two women seem to have put their differences aside and are focusing on moving forward.

“As a collective unit, Brandi and I would like all negativity to cease toward one another. We have communicated and have a direct understanding that we are ONLY ourselves on Twitter and have no other accounts that try to destroy one another.”

“Please for our families’ sake stop the hate now and let us live OUR lives. We don’t need opinions or outside help in order for that to happen.”

But is it a true truce? Kind of. While the women still have their differences (do they ever!), they are tired of attacks from misguided fans.

“They’ve both been getting private messages from fans impersonating LeAnn and they want it to end,” a source told People. “It’s not so much a truce as it is a moment of moving forward for LeAnn and Brandi. They’ve united to stop Twitter fans from making attacks on both sides.”

Eddie and LeAnn got engaged in December 2010 and are currently planning their wedding.