Thanks to the smash hit The Hangover and his new movie Limitless, Bradley Cooper is poised to be the new Hollywood ‘it’ guy. Watch out Ryan Reynolds! 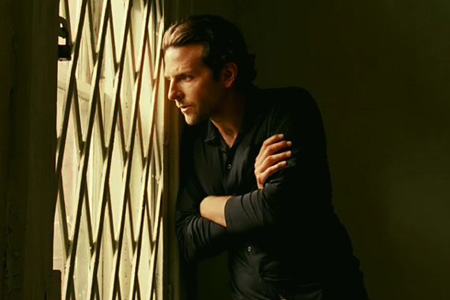 Cooper’s new movie, Limitless, grabbed the number one spot at the box office this weekend, pulling in $19 million. The film was expected to bring in around $15 million this weekend, but delivered more, for which many are crediting Cooper. I’m sure having Robert De Niro co-star didn’t hurt either.

The 35-year-old hunk has been in the news lately after he and his girlfriend of two years, Renee Zellweger, split — not to mention the buzz surrounding The Hangover 2.

Limitless beat out The Lincoln Lawyer, starring Matthew McConaughey, which earned $13.4 million, as well as the alien comedy Paul, which brought in $13.2 million.

The animated film Rango is holding strong, earning $15.3 million this weekend. The star power of Johnny Depp in this funny family film (along with the fact that many kids were out of school for spring break) helped this film stay on top.

Tell us: Do you think Bradley Cooper is Hollywood’s new ‘it’ guy??