Tiger Woods is reportedly moving on with a new girlfriend named Alyse Lahti Johnston. The 22-year-old bears a resemblance to his ex-wife Elin Nordegren. What do we know about Tiger’s new girlfriend? Read on to find out. 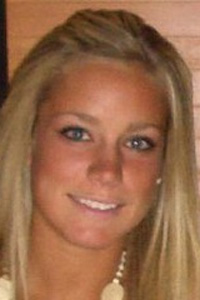 Is Tiger Woods ready to settle down with one woman, less than a year after finalizing his divorce with Elin Nordegren after a string of infidelities? The golf superstar seems to be ready to date again and has been spotted out with 22-year-old Alyse Lahti Johnston.

Who is Johnston and will she be the one to get the infamous womanizer to settle down?

Johnston grew up in Cleveland, Ohio and is an “aspiring golf pro.” She and Tiger have been dating for several months. Sports blog Terez Owens dished about one of their dates.

“They went out on his yacht with another couple the other night and Tiger seems to be smitten over her,” they said.

How Tiger and Johnston met

After graduating from Ohio State last year, Johnston moved in with her parents in Windermere, Florida. Her father, Alastair Johnston, happens to be on the board at the same sports agency, IMG, that represents Tiger.

Johnston’s father hired a private coach to help her train for the LPGA Tour — and he introduced her to Woods. They met at a golf game and have become “friendly,” reports gossip columnist Rob Shuter.

“She is a really nice girl, smart and super friendly. And she’s also a bit of a wild child. She definitely likes to have fun,” a source told Radar Online.

Even though Johnston and Elin look similar (see Elin pictured below, with Tiger), this could be where their similarities end. 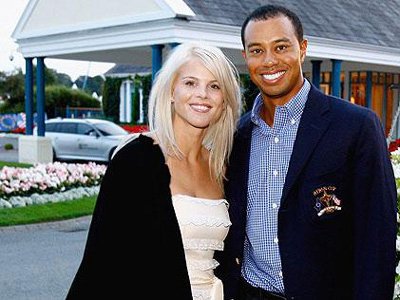 Johnston was arrested on suspicion of DUI last October and her mug shot has been circulating around the web.

“She has had an odd past — definitely known as a party girl. She hasn’t really kept a job for terribly long, but she seems like a fun go-lucky girl who’s hanging out with Tiger,” Shuter said.