Wyclef Jean is healing from a gunshot wound to the hand that he suffered in Delmas, Haiti. 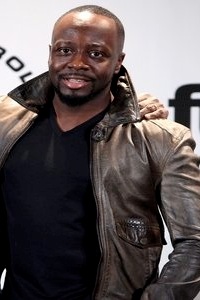 Wyclef Jean was in Delmas, Haiti Saturday evening when he received a gunshot wound to the hand. The incident took place after 11 p.m. and comes right as the Haiti presidential elections are about to heat up.

According to Wyclef Jean’s spokesperson, “He is fine,” and it was just a minor injury. “I have confirmed from Wyclef that he was immediately taken to the hospital, treated for a minor graze to his hand and released,” the spokesperson revealed to UsMagazine.com in a statement.

The 41-year-old singer was in Delmas, Haiti supporting musician Michel Martelly in the presidential elections when the shooting took place.

Jean had his own hopes of leading his home nation, but was denied the opportunity to run in the election due to not meeting residency requirements. “Wyclef’s commitment to his native country and to his people is unparalleled,” his rep said after the shooting. “He is therefore undeterred by this incident.”

Wyclef Jean will no doubt be back in action supporting his friend Michel Martelly and lending support to the Haitian people. The presidential elections have been far too important for his homeland and it sounds like a bullet can’t even keep him away.