We know, it seems like just yesterday we were watching Bristol Palin shake it on season 11 of Dancing With the Stars, but here we are with a fresh new batch of newbies to root for on television’s biggest reality show. Will Kirstie Alley and Kendra Wilkinson dance to the top on season 12 or will boxing great Sugar Ray Leonard KO the competition? It’s anyone’s game.

Okay, we’re not going to lie, when we saw the new lineup for season 12 of Dancing With the Stars, we couldn’t help but get excited over the March 21 premiere. 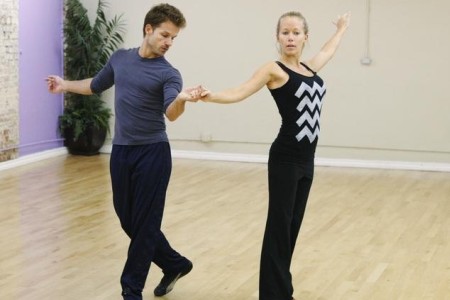 Now that it’s finally here, have you picked your early Dancing With the Stars favorite? With so many guilty pleasures to choose from, like Wendy Williams and Kirstie Alley, it’s going to be tough to pick just one. Ralph Macchio is looking pretty good these days and Kendra Wilkinson knows how to shake it, although she recently let fans in on a little secret — she doesn’t like PDA! Kendra Wilkinson recently revealed she’s having a bit of trouble getting her dirty dance on with partner Louis Van Amstel. If anyone can pull it off, we know Kendra Wilkinson can.

The artist formerly known as Lil’ Romeo, Romeo, could take a lot of people by surprise. Romeo is young, knows how to work a crowd and let’s face it, he’s Master P’s son. You remember Master P from season six, right? There’s no doubt he’ll be giving his son some pointers.

The biggest question mark of all will probably be Kirstie Alley. She’s turned down DWTS so many times before, we can’t help but believe she’s ready. Also remember, her partner is Maks Chmerkovskiy — he can turn out winners. 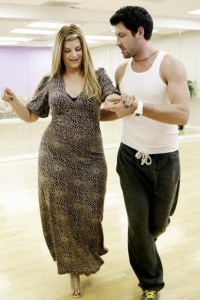 If we had to place our bets right now, we’d have to say Kendra Wilkinson could be the odds-on favorite — only by a slight margin. She is likable in every way that counts for the typical Dancing With the Stars viewer. Look for Wilkinson’s moves, beauty and sense of humor to take her all the way — or at least close to the end.

Check out the two-hour premiere for season 12 of Dancing With the Stars Monday, March 21 at 8 p.m. on ABC.