Tween pop singer Rebecca Black is finally speaking out about her unexpected fame. Here’s how she feels about Friday and her haters.

It’s Friday, Friday, Friday! Escaping that song and its ubiquitous video was hard this week. Rebecca Black — the girl behind the Friday YouTube video madness — spoke out about her new infamy on Good Morning America Friday. 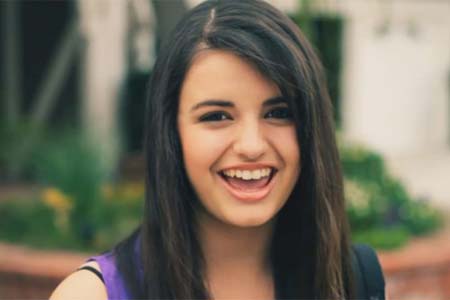 “I can’t tell if I’m awake or not; it’s crazy,” Black said during her interview. The video went viral last weekend, and its new cult status has nothing to do with her voice. People have written horrible things on her YouTube video, including “cut yourself and die” and “get an eating disorder.”

“I didn’t write it at all,” Black told The Daily Beast. “The other song was about adult love. I haven’t experienced that yet. Friday is about hanging out with friends, having fun. I felt like it was my personality in that song.”

We can’t help but feel sorry for Black. She’s just trying to live out her dream — and what 13-year-old hasn’t dreamed of a singing career? It’s not like she has a terrible voice; she belted out a few lines of the Star Spangled Banner during her Good Morning America interview and she didn’t sound horrible. She’s no Mariah Carey or Christina Aguilera, but she’s decent.

Plus, she’s even donating part of the proceeds from the digital sales of Friday to school arts programs and Japan earthquake relief. The donated cash will add up, too: People have downloaded the song 2 million times since Tuesday.