After some serious rumblings and speculation, it’s official: Kevin Costner has signed on to play Superman’s salt of the earth father, Jonathan Kent, in Superman: The Man of Steel. Director Zack Snyder maintains Costner is the natural call for his 2012 reboot, which also stars Diane Lane as Ma Kent and Henry Cavill as Superman/Clark Kent. 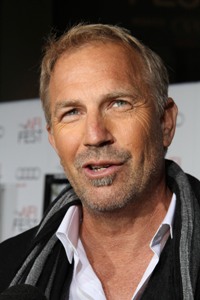 “Jonathan Kent is the only father figure Clark has ever had, the man who was there to help Clark understand what he was meant to do in the world as Superman,” Zack Snyder said. “Kevin will be able to communicate the quiet strength of this rural American man who raised the greatest superhero of all time.”

Amid an endless hailstorm of rumors and wish lists, the official cast of Superman: The Man of Steel has been coming together, of late. With Henry Cavill, Diane Lane and now Kevin Costner rounding out the Kent clan, there’s more to come. Viggo Mortensen is still bouncing around as the rumored pick for villain and everyone’s anxious to hear who will play Lois Lane.

Superman: The Man of Steel was written by The Dark Knight scribe David S. Goyer and is based on an idea he generated with producer Christopher Nolan. That idea, it seems, will be a very fresh take on the iconic American superhero.

“We’re making a movie that finally goes with the approach that there’s been no other Superman movies,” Snyder told The LA Times. “In every aspect of design and of story, the whole thing is very much from that perspective of ‘Respect the canon, but don’t be a slave to the movies.'”

There were, however, rumblings that the final season of Smallville somehow ties into and sets up the story in The Man of Steel, but we’ll have to see how that rumor pans out.

As an interesting side note, this Costner as Pa Kent news comes on the heels of news that his 1992 hit film with Whitney Houston, The Bodyguard, has been tapped for a reboot. Word is the new version, written by Jeremiah Friedman and Nick Palmer, will be updated, with Costner’s character now modernized to be an Iraq war vet with some social networking knowhow.

Superman: The Man of Steel aims to hit theaters in December 2012.