Simon Cowell is recruiting some big names to judge X Factor — but who will sign on the dotted line? 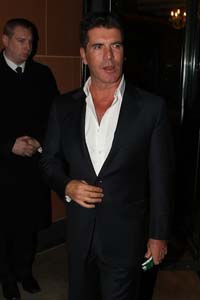 So far Simon Cowell has only filled one other seat at the X Factor judges’ table — but some pretty hefty names are being tossed around.

Island Def Jam head LA Reid has been confirmed as one judge on the upcoming talent show. Other judges — and a host — remain to be chosen.

Some of the names being tossed around are George Michael, Nicole Scherzinger, Mariah Carey and our personal favorite, former American Idol co-judge Paula Abdul. Rumored to be in the running for the host spot is Tonight singer Enrique Iglesias.

Simon is in no rush to pin anyone down, though.

“[Two days ago], we met somebody who I’ve never met before in my life, who I just loved,” Simon revealed to Access Hollywood. “And that’s why it’s good to kind of delay the process. It’s not about necessarily the TV show per se, it’s people. You genuinely gotta trust that they’re gonna be able to do the job you’re paying them to do. And like I said, a hit-maker who worked in America and has had experience, I think is crucial to this panel as well.”

Who do you want to see as an X Factor judge?