Chloe Sevigny is already prepping for her next project after Big Love wraps: A miniseries about alleged Victorian murderer Lizzie Borden. 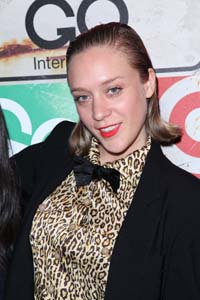 Big Love will wrap soon, but Chloe Sevigny isn’t interested in taking a break. The actress is developing a miniseries about Lizzie Borden, the Victorian-era spinster who was accused — and acquitted — of the brutal axe murders of her father and stepmother.

Sevigny says taking on this project is extraordinarily different from anything she has done before.

“Yes, fun and scary,” she told the LA Times. “Making lists of production designers and costume designers and directors, and things like that. I thought about directing a couple of shorts I had ideas for… I had always wanted to because it’s so hard to find good parts. I was just kind of waiting for something to happen, some kind of spark of inspiration, so when I found that, I was gung-ho.”

The actress will star in the HBO four-part miniseries which will be executive produced by Sevigny, Tom Hanks and Gary Goetzman.