Charlie Sheen is selling out venues across the us for his My Violent Torpedo of Truth tour. He even managed to sell out Radio City Music Hall in a matter of minutes. #Winning for sure.

All Charlie Sheen does is win, no matter if we’re tired of his antics or not. The Tiger Blood King just added some dates to his tour — entitled My Violent Torpedo of Truth – and two dates at Radio City Music Hall in NYC sold out in less than 30 minutes, according to People. 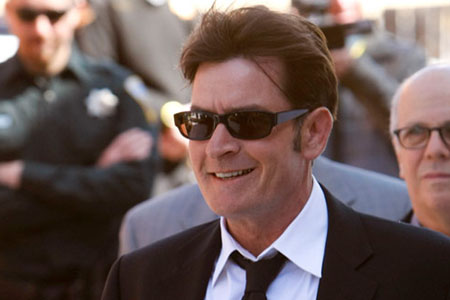 The New York City shows – along with dates in Cleveland, Columbus, Boston and Connecticut – were added after the first tour shows in Chicago and Detroit sold out within minutes.

And don’t think Sheen is keeping all of the money to himself – $1 of each ticket sale is going to the Red Cross Japanese Earthquake Fund.

We can’t lie – we’d love to see this show for ourselves. There’s no way it won’t be super entertaining – even if we’re not really sure when he’s going to do.

“This IS where you will hear the REAL story from the Warlock. Bring it. I dare you to keep up with me,” the actor wrote on his Ticketmaster page.