It seemed like we’d never get out of the 1980s reverb that’s been buzzing through the big screen, TV and fashion, but times keep moving. The newest trend seems to be the 1990s. Nickelodeon is going there and now sister channel MTV is resurrecting 120 Minutes with Matt Pinfield — on one of their stations that actually still plays music videos, of course!

On the heels of news of Nickelodeon’s The ’90s Are All That late-night flashback block, Viacom sister network MTV has revealed it’s bringing back 120 Minutes with the king of 1990s alterna-rock, Matt Pinfield. 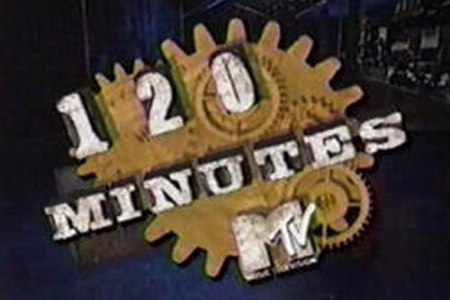 “I am elated and proud to be part of bringing back one of the most influential and longest running music shows in the network’s history,” Matt Pinfield said. “Everywhere I go, people from all over the world talk about how much 120 Minutes shaped their musical tastes and how much they missed it. The show helped expose, and ultimately, break new artists. MTV’s historical role in breaking artists of all genres can never be underestimated.”

Pinfield is bringing a new monthly version of 120 Minutes with Matt Pinfield to MTV2, along with a new, weekly online counterpart, 120 Seconds, which premieres tomorrow, Friday, March 18 on MTV Hive.

The format for the new shows is still being sussed out, but there’s certainly a brave new indie rock explosion going on these days.

120 Minutes first hit MTV back in March 1986, with Dave Kendall as host. It saw a shifting lineup of rocking hosts until Jim Shearer closed out the series 25 years later in 2003.

Pinfield ran the show from 1995-1999, showcasing the likes of No Doubt, Bush, Oasis, Bjork, Radiohead, Sugar Ray, Cake and Tori Amos. Since Pinfield graduated from MTV, the Rock and Roll Hall of Fame honoree has stayed in the game. He’s a DJ for New York’s WRXP, has hosted countless shows for MTV and VH1 and served as vice president of A&R for Columbia Records.

“I’m always looking for new music; it’s never stopped for me,” Pinfield told MTV. “To talk about music, to turn people onto music — I’ve always joked that if I wasn’t able to do it on the radio and on television I’d probably be telling it to some guy sitting next to me at the park.”

In the cyber age of the new millennium, endless knowledge is at our fingertips, but Pinfield insists there’s still a place for 120 Minutes, and clearly, Viacom has a reason to bring back the ’90s. 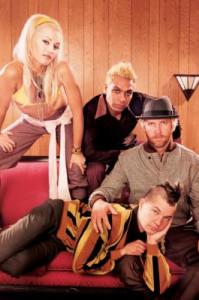 The 1990s were a great time for VH1 and MTV, but there are signs that this return is just the beginning.

The boy band reunion that’s brought New Kids on the Block and Backstreet Boys together reflects the 1980s to 1990s transition, while ’90s rockers Soundgarden and Faith No More have returned to the rock scene. The Lilith Fair has also been reborn, and NPR’s All Songs Considered recently did a ’90s retrospective, which looked back at “the birth of grunge, the commercial rise of hip-hop, a batch of ballsy female songwriters and a few goofy one-hit wonders we’d mostly forgotten about, until now.”

Just about all our Friends have finally found work, from Courteney Cox starring in Cougar Town to Matt LeBlanc’s Episodes; ER alum Julianna Margulies is back on top with The Good Wife; the sitcom Community is all about ’90s references; and let’s not forget Full House alum John Stamos, who has re-found our attention thanks to Glee and some Two and a Half Men buzz.

We can get into Bieber’s former “curtained” hairstyle, jeggings and scrunchies, but we think we’ve made our point!

So how do you feel about the ’90s comeback? If you’re all for it and you love to rock, be sure to check out 120 Seconds tomorrow, Friday, March 18 on MTV Hive.